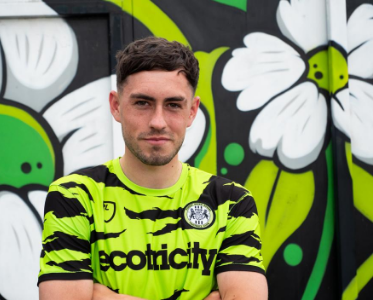 The 24 year old wing back made a huge contribution at Rochdale playing 43 out of 46 league games and was a big hit with their fans.

On his move to FGR Corey said “When I heard about the option of moving to Forest Green I told my agent it was one I wanted to pursue because it’s such a great fit”.

We look forward to watching Corey make an impact at The New Lawn over the next two seasons.