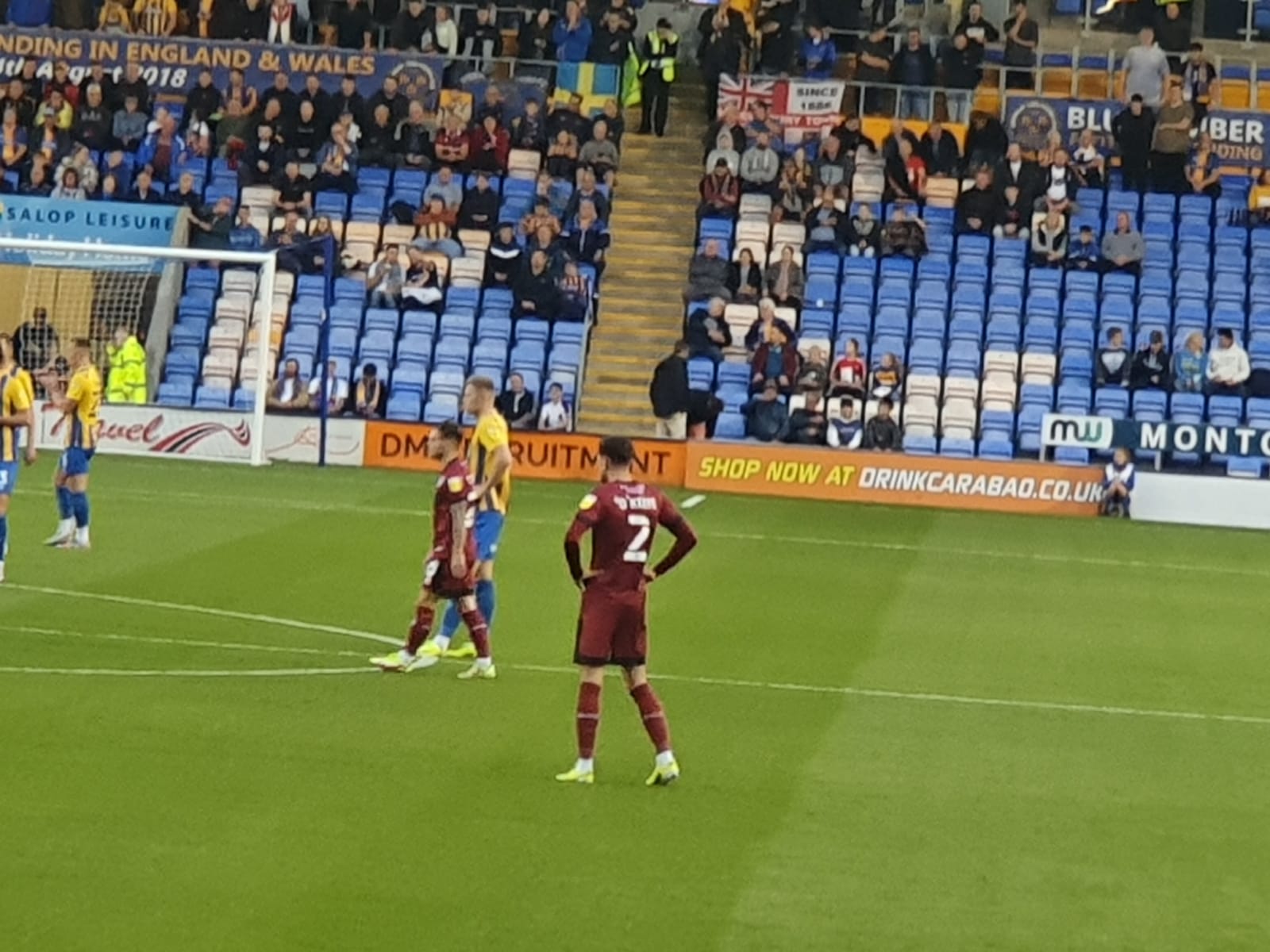 Rochdale AFC travelled to New Meadow Stadium to take on League One club Shrewbury Town in the Carabao Cup tie, and it wasn’t a wasted journey for the boys from the Dale.

Despite the club suffering a degree of uncertainty regarding a potential takeover the recent statement of positivity from the chairman seemed to have been reflected in the performance seen against Shrewsbury.

The game was held to 0-0 until Shrewsbury Town’s defender was shown red and and Beesley converted from the spot to take the lead for the Dales. A second goal less than ten minutes later sealed the deal to see Rochdale take their place in the next round of the Carabao Cup.

Corey O’Keeffe had an exceptional performance and ensured the team maintained a clean sheet in the tie. He was defensively strong and was always seen to be in the right position at the right time, he showed excellent distribution as well as moving forwards with the team well. He was involved in the second goal and demonstrated throughout the 90 minutes outstanding energy levels. Overall Corey’s performance was extremely good and it is great to see his positive influence and energy impacting on those around him.