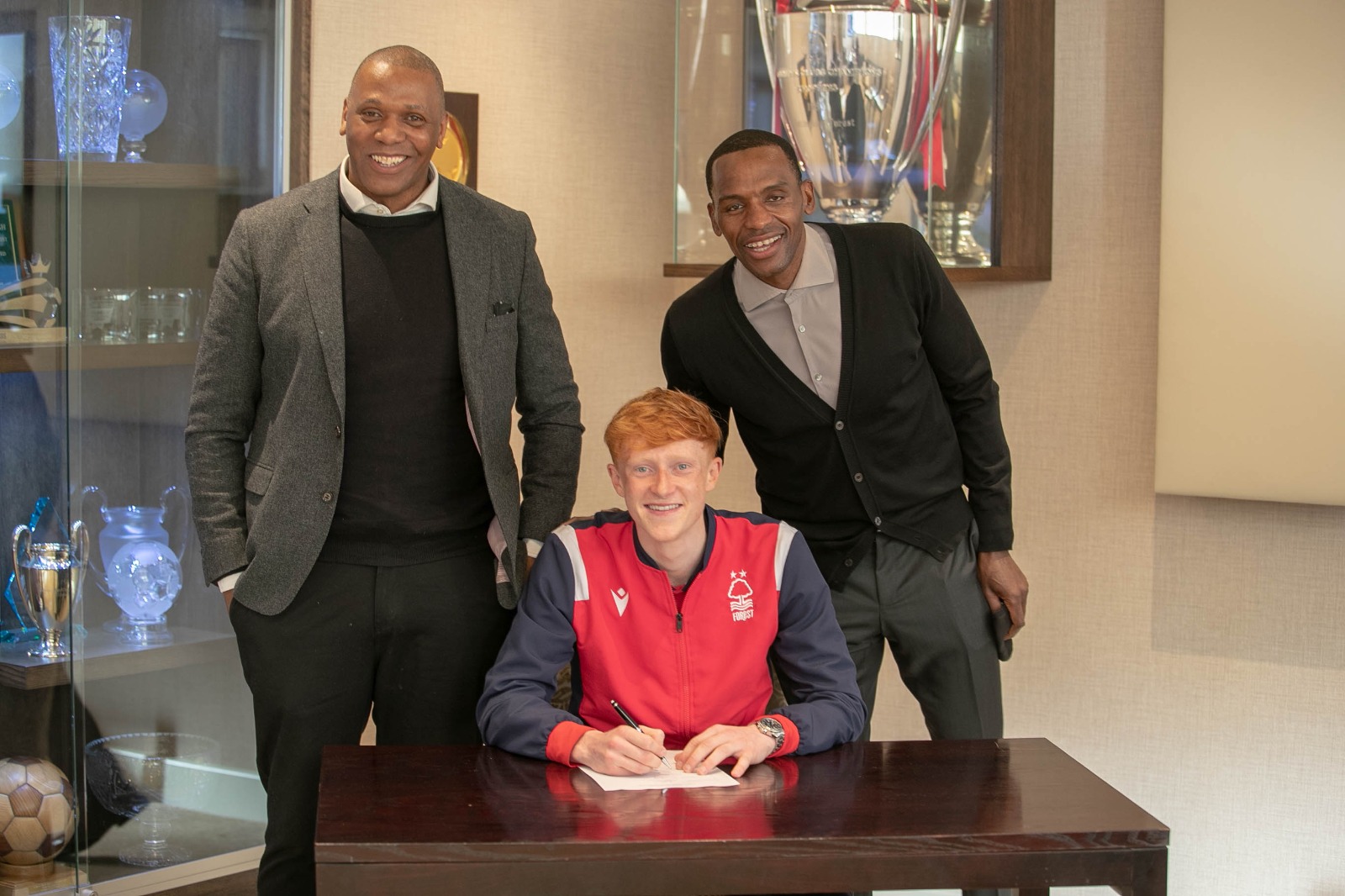 We are pleased to announce that Oliver Hammond, 18, has signed his first professional football contract with Nottingham Forest.

Oli has been at the club since the age of 8 and has developed over the years most recently captaining the U18 team.

On signing his contract Oli said “It’s a great achievement for me and for my family and friends who have supported me the whole time. I have played well so I think it is deserved and now I just want to push on more.”.

As well as playing in central midfield for the U18s Oli has also made appearances in the U23s.

Gareth Holmes, U18s head coach was delighted for Oli, “He has shown commitment and desire to learn throughout his scholarship. He plays with intelligence. He needs to continue to work hard, increase his involvement with the U23s and beyond”.

We wish Oli all the best and fully expect to see him pushing into the first team soon.