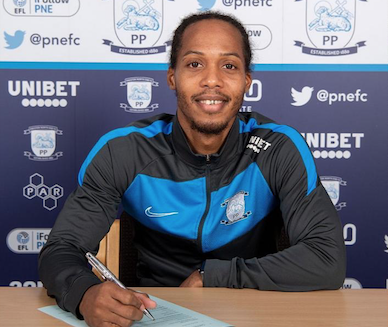 Jamaican international, Daniel Johnson, has signed a further contract which will see him remain with the Lilywhites until the summer of 2023.

Daniel joined Preston in 2015 from midlands club Aston Villa and has since made over 250 appearances as well as earning himself numerous club and league awards.

“I am relieved, but I am very happy that it is done,” he said. “It is put to bed now and for quite a while it has been what I have focused on, so I can get tunnel vision and focus on my football. I have become one of the senior players at this football club and it is about showing that and helping pass on information to the younger boys in the squad.”.

Manager Alex Neil was delighted at Daniel’s decision to commit further to Preston stating that he is an important senior player both in the dressing room and on the pitch.