Michael Baidoo is Jerv’s Player of the Month 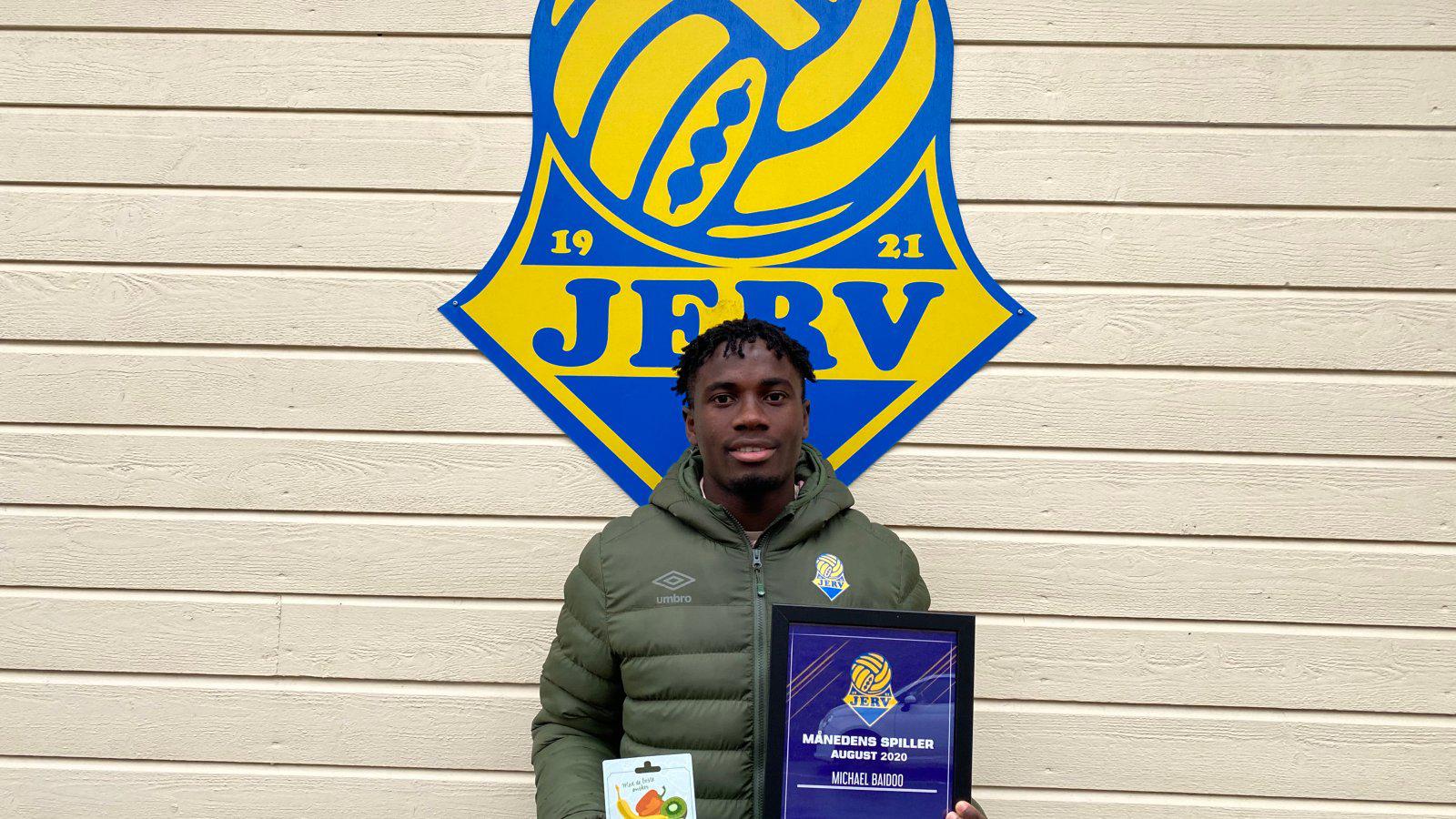 Young Ghanian international, Michael Baidoo, was named ‘Player of the Month’ at his current club, FK Jerv, for his outstanding performances August 2020. The award was delayed due to Covid-19 restrictions.

Michael who started his football career at Vision FC in Ghana moved to Danish Superliga club FC Midtjylland in the summer of 2017. He played for their U19 team and since has had several loan spells to maximise his first team experience and minutes on the pitch. He is currently on loan at FK Jerv who are in the second tier of Danish football and is due to return to FC Midtjylland on 31/12/2020.

Michael has made 21 appearances for FK Jerv this season and has scored two goals and assisted a further three – all bar one goal were during October!

Michael has had a very successful loan spell with FK Jerv which has been deservedly recognised in his recent award and we look forward to watching the young talanted Ghanian over the coming months. Well done Michael!