Benik is Back with a Brace 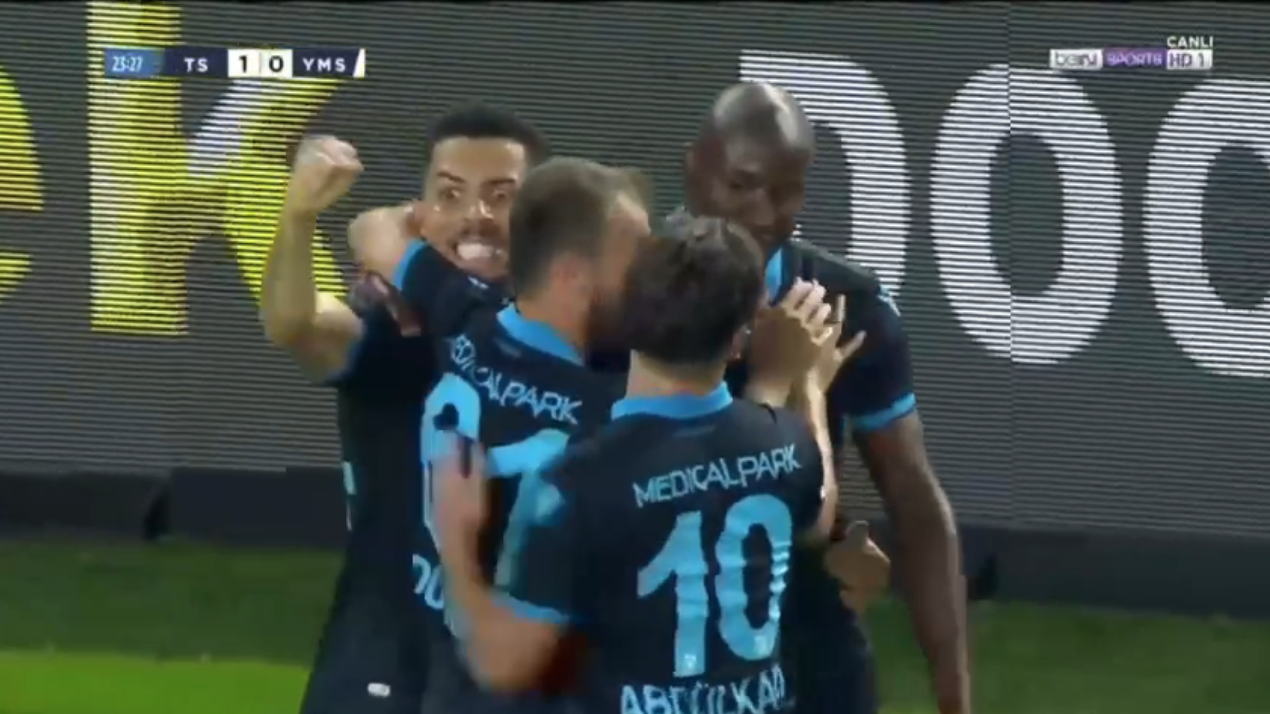 Benik Afobe, former Arsenal striker, joined Trazbonspor on a season long loan from Stoke City just over a week ago and last night made his home debut yesterday in style with a brace and 3 points for his new club.

Despite Benik having had a devastating previous year with the tragic loss of his daughter and a serious football injury, he has shown us all that his faith in Christ has given him the strength and determination to come back even stronger.

Benik opened the scoresheet at the Senol Gunes Stadium heading the ball into the back of the visitors net in the 24th minute to give Trabzonspor the lead against Malatyaspor. He then went on to score his second goal less than ten minutes later by ensuring he was perfectly positioned for a right footed shot played to his feet from his team mate Lewis Baker who is currently on loan at Trabzonspor from Chealsea FC.

The game concluded 3-1 with a further goal for Trabzonspor in the final seconds of the first half and a consolation goal for Malatyaspor in the 78th minute.

It is without doubt that Afobe has spent the last 12 months preparing himself both physically and mentally to be the very best he can be and we will be watching with excitement as the season unfolds.

We wish Benik and Trabzonspor a season ahead filled with many more goals like these.